The core purpose of GDPR is to prevent businesses from accessing unauthorised consumer data that is considered “sensitive”. The full name and contact details of an individual would be considered sensitive for example.

When GDPR was initially launched in 2018, the overriding message was that consumers had a right to know and control what information a business was collecting about them. It is also meant to prevent businesses from selling data to third parties.

Today, it’s more apparent that GDPR is a money-making tool deployed by the EU for failing to protect consumer data. Any business that suffers a data breach, and thus allow “unauthorised access” to personal data is deemed to be in breach of the EU’s data privacy regulations.

Regulators at the Information Commissioner’s Office (ICO) have been quick to hand out fines to businesses and institutions that are deemed to be in breach of the regulations.

And that could be something as simple as ccing two recipients in town denial instead of using bcc – as Gloucester police force discovered to their detriment; to the tune of £80,000 ($108328).

A Threat To Your Sensitive Data

There’s no doubt that cybercrime is on the rise, or that it presents a significant threat to businesses of all sizes. Reports everywhere reveal a surge in cybercrime.

The growing cohort of work-from-home employees makes businesses that do not have a solid cybersecurity strategy even more vulnerable. Remote workers are theoretically an easier target for malicious actors.

Fortunately, today’s cybersecurity measures have a positive effect. Anti-malware technology is capable of identifying and nullifying around 90% of cyberattacks.

Alongside the right technologies, businesses can minimise the risk of suffering a data breach by providing staff cybercrime awareness training. So what IT security technologies do you need?

When software is released by a manufacturer (i.e Microsoft) it has a set series of codes that enable it to function. However, every piece of software will have a vulnerability at some point which can serve as a gateway for hackers to wormhole their way into your network.
Vulnerabilities are generally future potentials and have to be identified by crack hackers. Software manufacturers employ the most talented coders on the planet to find potential gateways and patch them up before the bad actors find them.

If you have a smartphone or laptop, you will be familiar with software updates. Sometimes, and quite often, these updates will feature a new security patch.

When a software company releases a new patch, it is the responsibility of the customer to upgrade to the latest version. If you don’t, and subsequently suffer a data breach, you will be held accountable by the ICO in relation to GDPR.

The issue many businesses have is that they use multiple pieces of software; productivity suites, telecoms, plugins, accounts packages etc. If it is left up to each of your employees to update their own devices, you put yourself at risk of leaving a gateway open.
Patch management services effectively eliminate that risk. Furthermore, asking qualified IT security specialists to take charge of your software security also prevents your employees from being consistently interrupted with updates every time a software company releases a new patch.

The ICO also fines companies that lose customer data – even if it’s not stolen. And there are various ways you can lose data, especially if you’re deploying on-premises solutions.

For example, onsite servers can malfunction or your business premises may succumb to fire or flood. Unless you backup all your data and store it in another physical location, there is a risk of losing it all.

However, the biggest threat to your business today is ransomware. Here, cybercriminals use malware to lock you out of your network so you cannot access files, folders or apps.

The goal of cybercriminals using ransomware is to force the victim to pay a ransom fee to release their data. By backing up your sensitive data in the cloud, you will be able to recover your data and avoid paying a ransom.

Installing IT security solutions and software programs with built-in security protocols will win you the majority of battles. However, technology won’t win you the war.

The vast majority of cyberattacks (0ver 90%) surface via email. Socially engineered, or phishing attacks, prompt targets to download an attachment or click on a link that releases malicious malware onto their computer.

To avoid cybercriminals from accessing your network through the front door, cybersecurity training for your staff members is of the utmost importance. The alternative is to restrict their ability to receive external emails, but that method is disruptive and not a viable option for most companies.

IT Security Has To Be A Priority

The digital revolution has paved the way for businesses to grow. On the flip side, they present a threat that will collapse millions of companies. Sixty per cent of companies fold within the first six months of suffering a data breach.

Despite the clear and present danger, 80% of US-based businesses say they are not concerned about the threat of being hacked. That statistic could be as troubling to consumers as much as it is for IT managers that are struggling to convince decision-makers that they need more cybersecurity measures in place.

It’s worth remembering that it’s not only hackers that can destroy your company. The bigger threat is arguable data privacy laws. When a company suffers a data breach, they are obligated to report the matter to all affected parties; stakeholders, supply chains and customers. It’s the severing of these ties that cause businesses to fail. 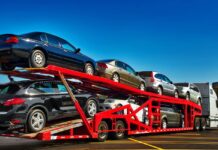 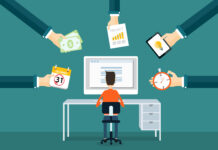 10 Insider Tips – How to Earn Big Money as a Freelancer! 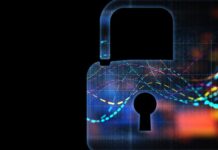 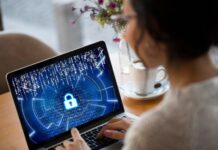 How To Protect Remote Workers From Cybercrime