For ages, people have been wearing jewelry. Back, in old times, jewelry was made of wood, stone, or other primitive materials. In modern times, the production of jewelry advanced – so now we have it in a variety of shapes and materials. However, certain shapes, such as the moon, still kept their ancient symbolism. In this text, you can learn more about the symbolism and meaning of wearing moon-shaped pieces of jewelry.

The Symbolism Of The Moon

Throughout history, the moon has been portrayed as a celestial body that is the ruler of the night. The constant change of phases and the repetition of cycles are features of the magic of the Moon – and that has always been tickling our imagination. With its mysterious movement, the Moon, as the ruler of the night, weaved many myths and rituals around the world.

The emblem of the crescent is one of the oldest in the history of mankind – and its graphic representation dates back to the time of Babylon, and even earlier. At the same time, the Moon has different meanings in many religions – from the signs of fertility to the symbols of God’s guidelines on the path of life.

Jewelry In The Shape Of The Moon

When we talk about moon-shaped jewelry, it has always been attractive to ladies, because it exudes elegance and sophistication. However, many ladies still take into account the symbolism of this jewelry – and so they know when and on what occasions they can wear it. Through various fashion stages, jewelry has also changed. However, the shape of the moon remained an unchanging classic that is always in trend – only slightly changing styles. The return of the boho style brought with it jewelry of specific shapes and forms, but the moon necklace remained an inviolable emblem for ladies of sophisticated taste.

Today, crescent necklaces are often present, and as such, they attract a lot of attention. Do they have a specific meaning at all?

Moon Necklaces And Their Symbolism

Necklaces with the symbol of the moon, at any stage, have different meanings in different cultures – but also in different time periods. Magical meanings are assigned to them, so it is not surprising that many people claim that, for example, the inverted crescent is a witch’s sign. Different phases of the moon have different meanings. For example, a new moon means a new beginning, while the crescent is a symbol of hope and desire.

The first quarter of the month is a symbol of challenge and action – while the crescent on the necklace means gratitude and enthusiasm. The last quarter of the moon is considered to be a sign of liberation and forgiveness – and in fact, these are just some of the many symbols assigned to the moon’s changes. In any case, countless sources agree that the crescent moon is a symbol of the goddess. Many people think it is associated with Celtic culture – although today, in the spirit of popular bohemian jewelry, it is stated that this symbol was taken from the Aztecs and Mayans.

Although we are talking about modern jewelry, the general opinion today is that the moon has the meaning given to it by the owner. Popular as they are, moon necklaces are worn today because they are trendy. However, the question of whether and what this symbol means remains a mystery – for which there are many answers, but none is completely certain. What we know is that we adore this model of necklaces – and the truth about its symbolism is, still, somewhere out there. 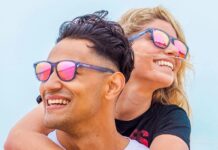 How Are Ethical and Sustainable Sunglasses Manufactured? 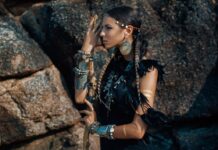 How Can You Tell If Native American Jewelry Is Real?